Posted on September 7, 2011 by languageandgrammar

By Paul Yeager, author of Literally, the Best Language Book Ever 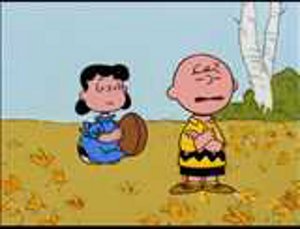 I’m not sure, but since we here at Everything Language and Grammar enjoy football, we’re glad it’s here.

Unfortunately, it’s not always a joy to listen to the announcers because of their tendency to use cliches or make grammatical mistakes. I mean, seriously, if you want a good drinking game, then take a drink every time Troy Aikman says “what” (or “watt” as he says it) when it doesn’t belong in a sentence, such as “That’s a longer pass than what he normally throws” instead of simply “That’s a longer pass than he normally throws.”

You’ll be more tipsy than Joe Namath during a Suzi Kolber interview by the middle of the second quarter.

Speaking of football cliches, here are a few of the worst 20, according to the Bleacher Report: