Posted on May 30, 2013 by languageandgrammar 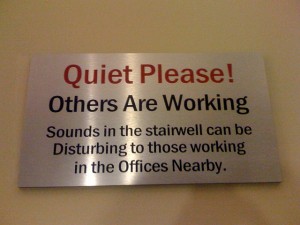 I’m not someone who sends a lot of text messages, but I’ve sent enough to understand the need to use short-cuts and the desire to never use capital letters. In other words, I’ve been known to use “thru” instead of “through” and to not bother capitalizing proper nouns and first words of sentences.

With my ability to type on a phone, my goal is for the message to be almost in English–nothing more.

With texting trends spreading into other forms of communication, what I don’t understand is why so many people employ random capitalization. Out of nowhere, a word that clearly does not need to be capitalized is.

Examples (in addition to the image above):

Maybe people do it simply for emphasis, for the same reason that people used to think saying something like “Best. Day. Ever.” was a good idea. (It’s working just as well, which is to say that it isn’t.)

Maybe people no longer know the difference between a proper noun and a common noun.

Whatever the Reason, the Trend can Stop any time now.